REGISTER TODAY FOR THE DAILY THRIVE AND RECEIVE:

How did it all begin?

As I sat there tears running down my face, kitchen knife in hand I wondered whether life would change or life would end? This was the question that started it all.

As a youngster I was inquisitive. I wanted to know how everything worked and was frequently in trouble for breaking things. I didn’t realise that sometimes things do not go back together the same way they came apart.

Not only did my inquisitive nature get me into trouble at home but the same patterns followed me across to school.

“Michael stop talking and distracting others,” teachers would say as I talked to those around me during class time. My inability to sit still and focus would later turn out to be undiagnosed Attention Deficit Disorder, learning difficulties and mild dyslexia. From my point of view I didn’t understand how most things taught in school related to life skills. I wanted to know why birds fly, why the most popular kid at school was an A&*E hole and I wanted to learn how to make money as I was always being teased for wearing cheap shoes and clothes. Learning algebra and making salt crystals in chemistry were not my thing.

Doing my best to fit in at school was not something I was good at.

Being punished at school and at home for not achieving good grades was the norm. But for me the hardest thing I found about growing up was not fitting in at school. I was constantly bullied for my red hair, pale skin and being chubby. Every day for me was a dark day from the second I woke up until the time I went to bed.

Each day I was fighting inner demons in a dark place without a light. During school holidays I would sit at home by myself for weeks watching movies as it was rare that I would be invited to do something with other kids. At the age of 9 I ran away from home as I felt I did not belong.

My need to escape the harsh world around me did not go away through my teenage years, my pain only became worse.

To combat bullying I learned how to fight and frequently found myself fighting my tormentors as a way of stopping the pain. This eventually led to my expulsion from school. As if the darkness and demons in my head weren’t bad enough, I now felt like a total disappointment to my family. I struggled to even look my parents in the eye and would sit at home every day feeling sorry for myself and hating myself. I felt like a worthless piece of shit.

I had enough of the pain of being alone in this terrifying darkness. I would spend days crying and hating myself. 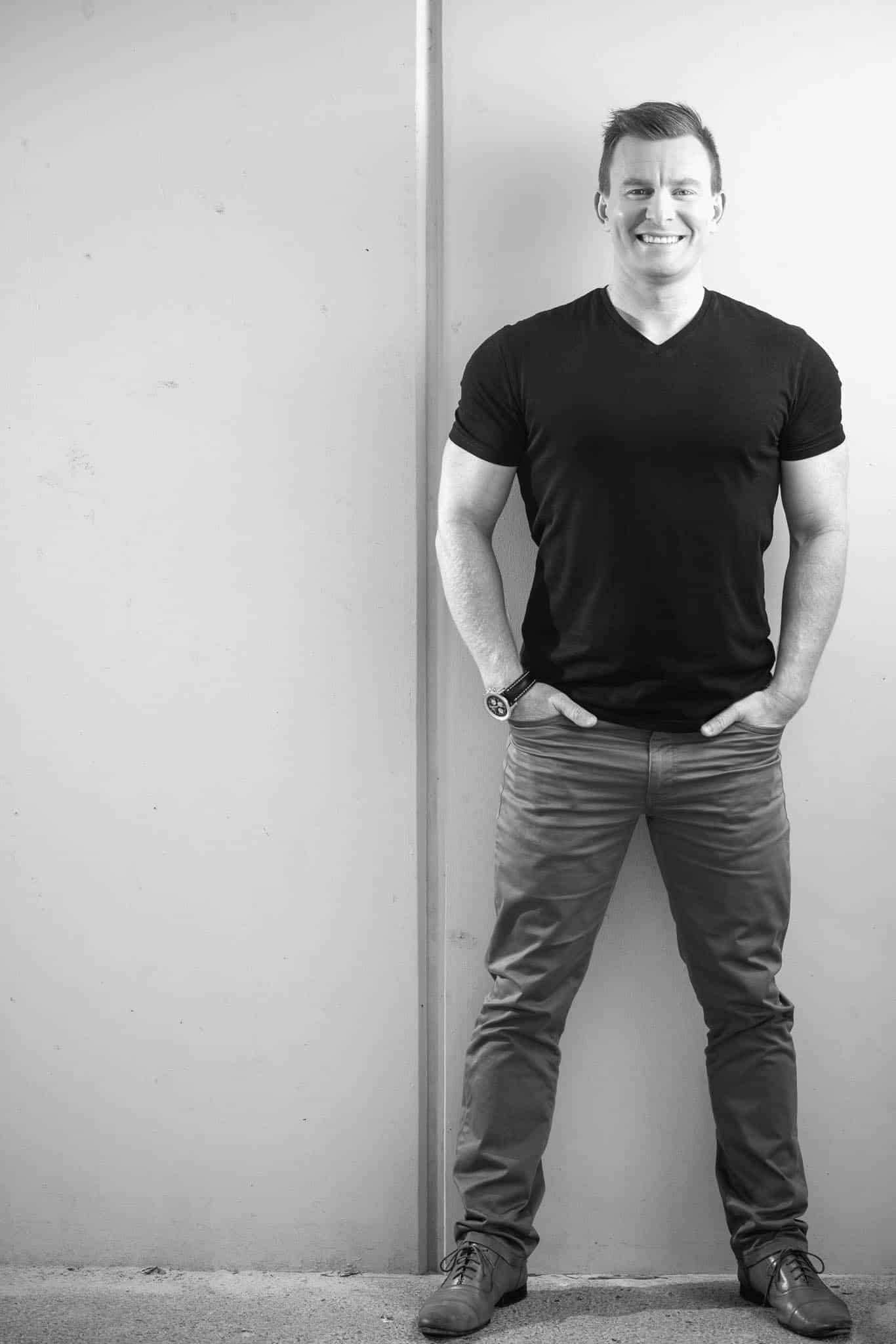 But this would not be the defining moment that would change my life forever.

I went back and finished school and became a qualified diesel mechanic. While completing my apprenticeship I found something extremely confronting. The whole time at school and at work I was taught that the purpose of a good education was to get a good job and make money. However the people I worked with were making good money in their jobs but were miserable. Most would come to work each day complaining about their relationships, kids, working away, and many were still spending more money than they could make and had daily physical pain from the harsh labour, working conditions and long hours. The lunch room each day was like walking into a nest of everyone elses crappy lives.

I began to realise my future was helping people discover happiness in life and thriving. This is where the journey began as I started to study health to become a personal trainer. I would leave work most nights and sink my head into the books. I would get excited to help people and just imagined my future, going to work everyday and helping make a difference. I couldn’t wait to get out of this toxic working environment where most people were miraculously waiting for the day they could retire and be happy.

I started to tell my family, friends and work colleagues about my future dreams yet most would tell me I was crazy, there was no money in helping people and that if I stayed working in the mining industry I would be able to buy houses, investments and have money to buy the things I wanted in life.

Over time I became the go to person for high achievers who wanted to improve their success, happiness and fulfilment. I also wanted to share many of the great insights I had learned on my journey working with and becoming friends with other results driven achievers. I knew my learnings could help even more people break free from mediocrity.

I didn’t always have things easy as I had chronic fatigue, fibromyalgia and had been kicked to the curb many times in life, relationships, business, health and more but each time I learned more about myself and even more that I could pass on to others. I always stayed focused on my purpose in life which is to help others thrive and create a life worth living for.